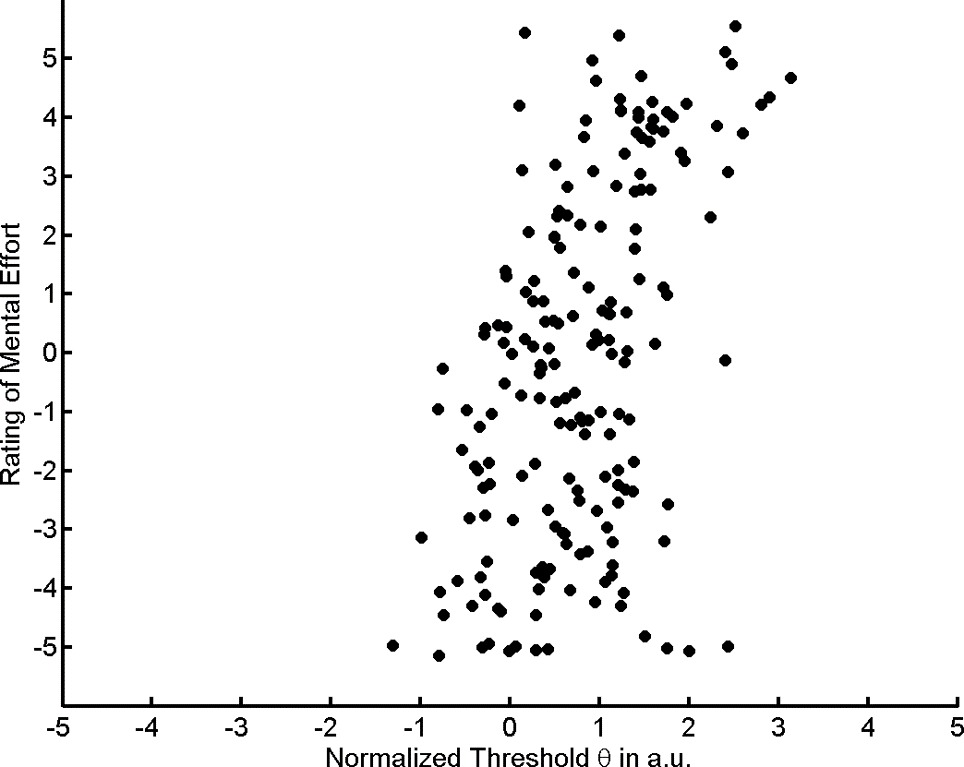 In sports training, a good way to set the intensity of a training session is according to your ability. If you train too hard, go softer. If you train too soft, go harder. This approach seems intuitive. Difficulty adaptation based on actual challenge seems sensible. But how can challenge be measured objectively? When is the level of challenge appropriate? When are ability and difficulty matched? Are difficulty and the perception of challenge even connected?

Let's transfer this concept to neurofeedback training, e.g. a synchronous BCI with proprioceptive feedback. One participant might stomach a high dose of frustration. Another might be frustrated as soon as there is a trial without orthosis movement. When linear classifiers are used, the trainer can control the difficulty of the task by changing the threshold of the classifier. Higher threshold, less true (and false) positives, meaning less orthosis movement. Lower threshold, more positives, and more orthosis movement per trial. 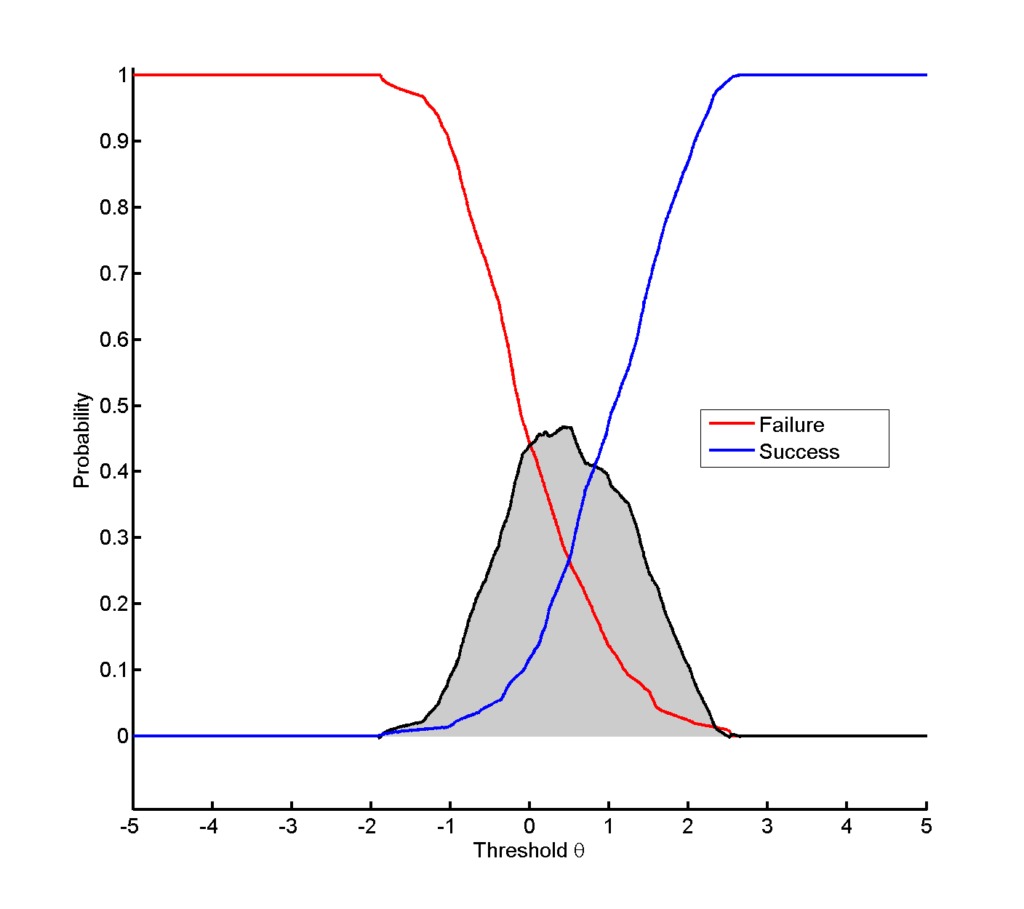 In one of our recent papers [1], we exploited this possibility to tweak the difficulty level. We wanted to know the answer to two questions: First, is the threshold level correlated with a subject's feeling of being challenged? That is, do higher threshold actually cause a stronger feeling of being challenged and vice versa? And second, can we use this knowledge to estimate, when ability and difficulty are matched?

We recruited 21 subjects, and let them perform nine runs of restorative BCI, i.e. proprioceptive feedback of motor imagery. After each run, we asked them to rate their perceived mental effort on a scale from -5 to +5 (under to over-challenge). We told them, we would adapt the difficulty of the next run based on their rating. In fact, we used a permuted set of predefined thresholds. This approach returned for each subject effort ratings at several thresholds. Take a look at the scatterplot:

What you can see on the x-axis is the threshold of the classifier, normalized so that the classifier has maximal classification accuracy at a threshold of zero, and on the y-axis the self-rated level of mental effort, with zero indicating being challenged neither too much nor not enough.

A clear linear relationship is visible immediately. It was signiﬁcant according to Pearson’s correlation coefficient (r = 0.65, p < 0.0001). Additionally, we found this linear relationship also reliably within subjects (t(20) = 8.59, p < 0.001, 95%CI = 0.66–0.86). The answer to the first question is therefore: Yes, difficulty level and the perceived challenge are correlated. I consider this to be important, as it strengthens the notion that the threshold is actually a measure for the difficulty of the task.

Additionally, you might recognize that zero level of effort is not at a threshold of zero. We fitted a linear model on the data, and indeed zero challenge was achieved at a threshold of 0.80 (95%CI = 0.698–0.903), which is significantly higher than zero. I understand this as evidence that optimal challenge is not at the point of optimal classification accuracy. Quite differently, subjects want more challenge! This appears confusing at first, as classification accuracy is a measure of the information content of the feedback, which is important for reinforcement learning [2]. Please note that classification accuracy is balanced, i.e. it is the average of sensitivity and specificity of the feedback. From an information theoretical point of view, these results suggest that subjects value specificity of the feedback more than sensitivity. Even if it reduces the average reward rate!

Put shortly: Specificity and sensitivity of neurofeedback are linked with the level of perceived effort. This difficulty level can be controlled by the trainer, e.g. by changing a threshold parameter in linear classifiers. Interestingly, subjects appear to value specificity more than sensitivity.